Nordisk Film wanted to raise awareness towards the new movie, A simple Favor. They also set a goal to reach 50 registered guests to the premiere of the film.

Registration had to be closed down  in record time- within 24 hours, Nordisk Film had reached over 400 registrations.

INFLUENCERS IN THE CAMPAIGN:
Lene Orvik and Sophie Elise 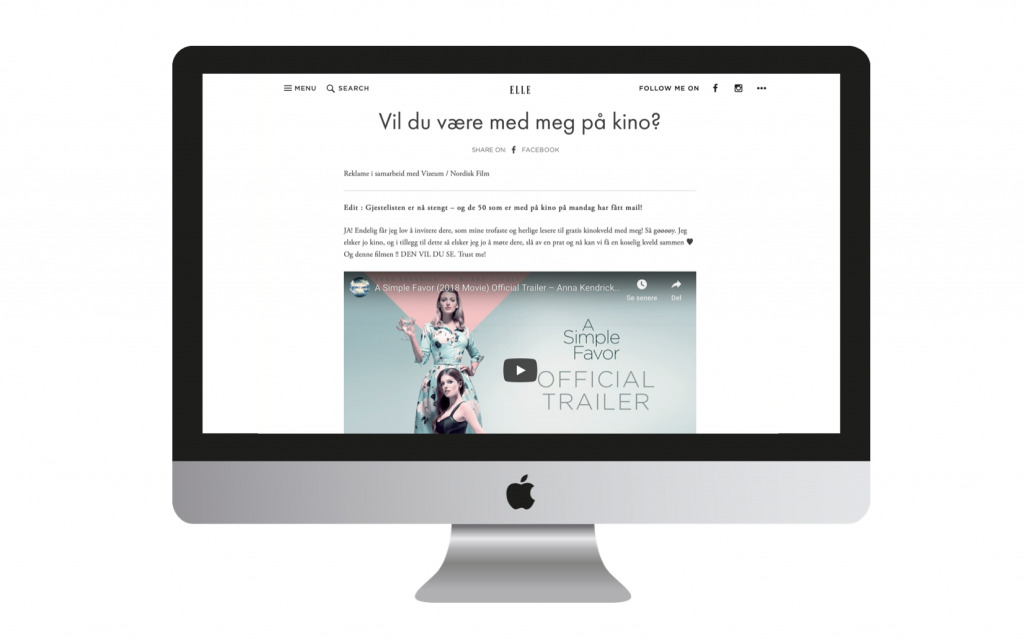 Top
This site uses cookies to give you the best experience. If you continue to use our service you agree with the use of such Cookies.OkNo