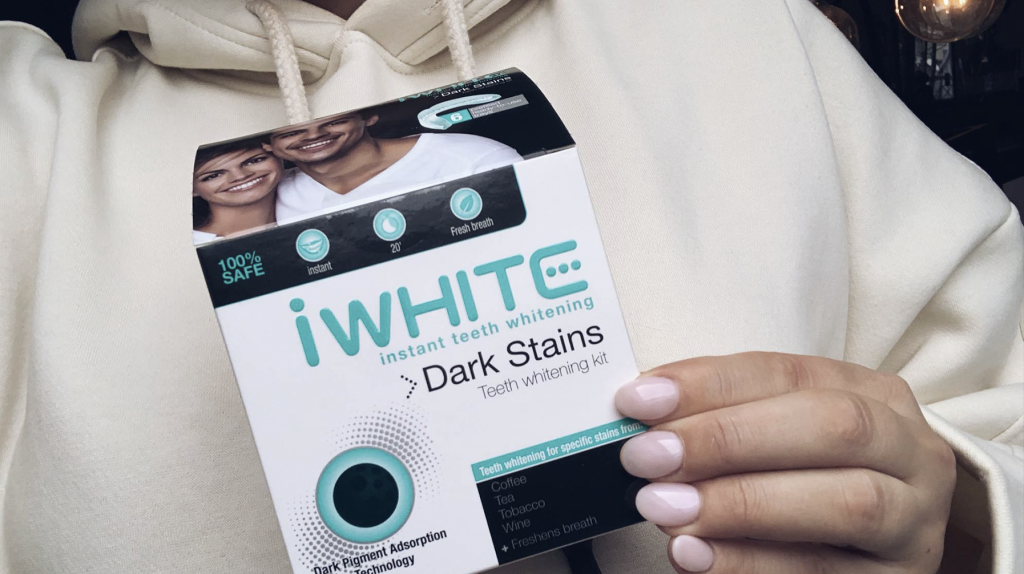 iWhite wanted attention around- and increased sales of the new product iWhite Dark Stains, and later iWhite Instant, which are sold at the pharmacy Vitus Apotek.

UI  activated Kristina Andersen for the campaign, which started in December 2018 with a blog post, an Instagram story and a sharing of the post on Facebook, together with an ad in the podcast  Andersen & Jakobsen. This to spread the message through as many channels as possible within the budget. She wrote an honest review about the product on her blog, accompanied with a funny video where she is testing the product for her readers (with a broken arm). She gave the same review in the Podcast with a humorous approach. There was no exclusive discount involved, only a reference to the pharmacy Vitus’ online store. She later followed up with one blog post and several Instagram stories, spread throughout the campaign period. The campaign was also supported with Facebook / Instagram advertising from Kristina’s channels.

48 577 Unique readers through blog, with great engagement and interest.

After just a few days after launching the campaign, the products sold out and had a great demand, so we had to put upcoming posts with Kristina and iWhite on hold until they could restock the products. During the campaign period, the sales volume was almost doubled!

INFLUENCERS IN THE CAMPAIGN: 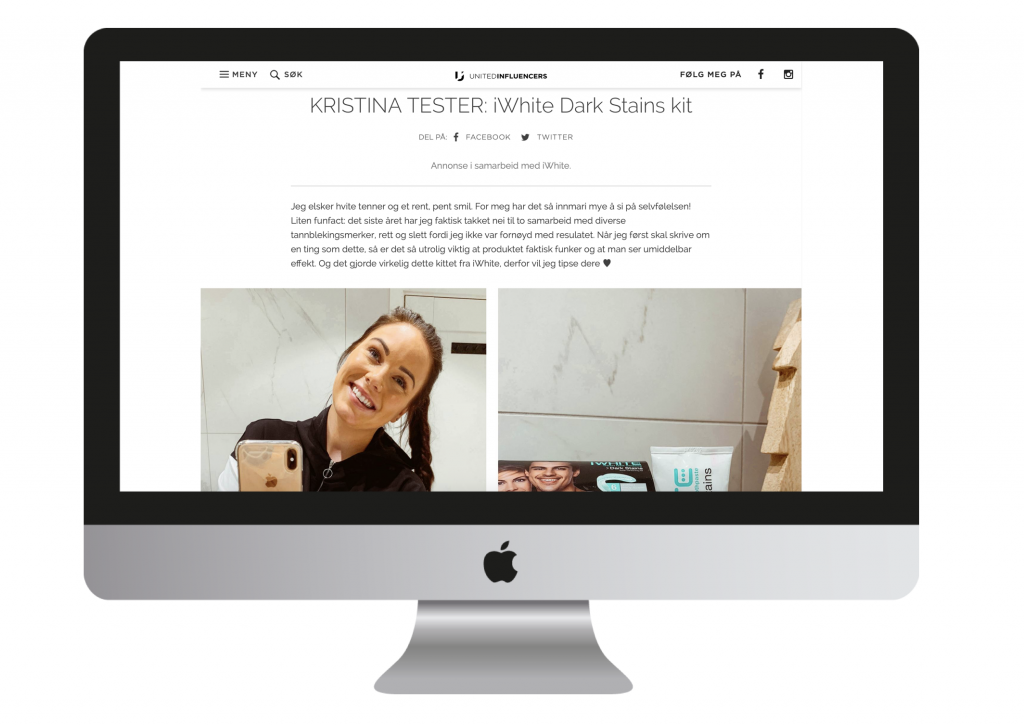 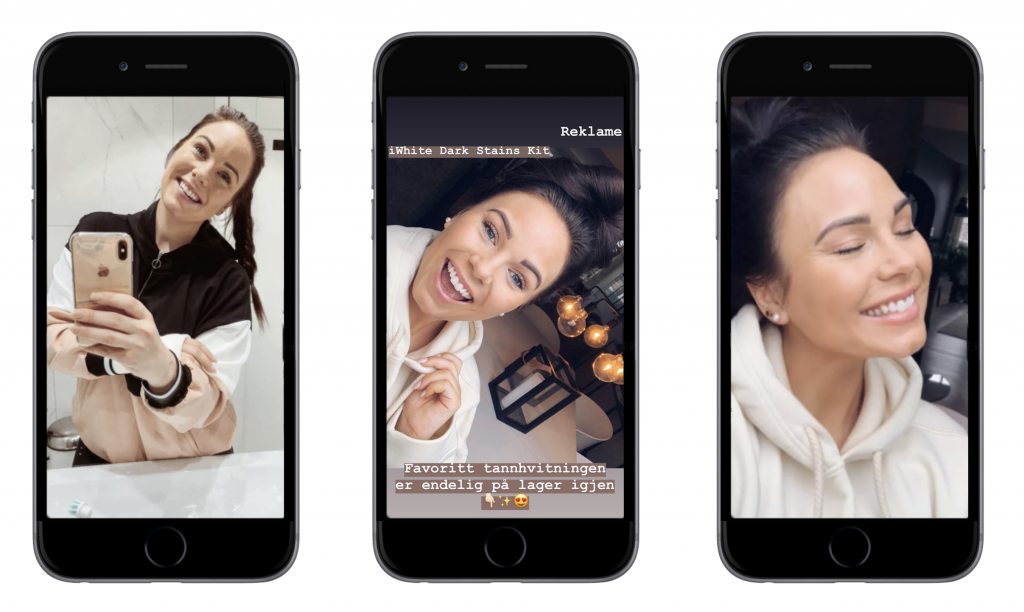 I have been very pleased from start to finish. Felt that the combination with podcast and blog/social media worked incredibly well. The whole thing was very credible, which I believe again led to such a successful campaign! And the volume has almost doubled.
instagram
Top